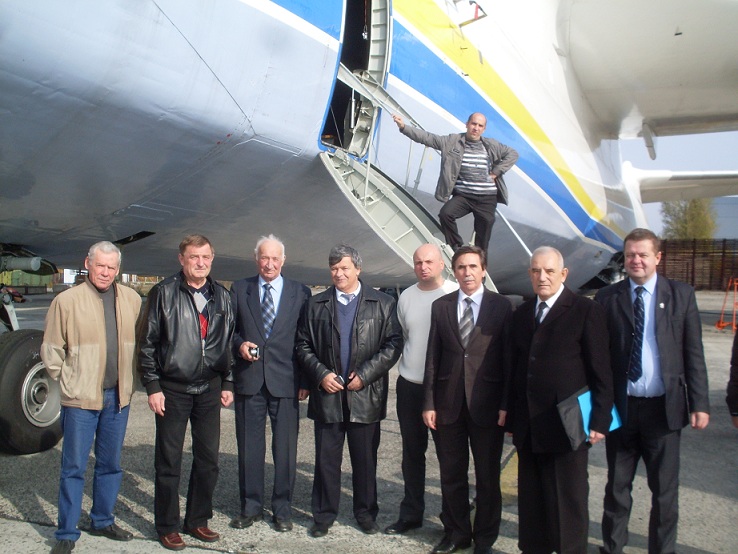 Advanced ideas and technologies are especially needed in our dynamic time. Namely such a product ANTONOV Company named after its founder, Oleg Antonov, offers for the world market.

Our enterprise built more than 22,000 units of more than one hundred types and modifications of passenger, transport and special-purpose aircraft. Cargo giants “Ruslan” and “Mriya”, being a visit card of the Company are the special pride of aviation designers. They set up 270 world records. As a total, ANTONOV aircraft set up more than 500 records.All airplanes of “ANTONOV”. All ANTONOV aircraft.

Our enterprise, existing more than 65 years, is one of several enterprises having the whole cycle of creation of modern aircraft – from pre-project scientific researches to construction, tests, certification, serial production and after-sale maintenance.

Specific of the branch makes special demands on forming personnel and ANTONOV has a right to be proud with its main asset – a high professional staff. More than 12,000 people work at the enterprise today. Among them there are representatives of 198 professions and specialities, the full staff of designers and scientists working in 35 scientific directions including such rare one as aerodynamics and strengthen of aircraft, mechanics, hydraulics, heat engineering, avionics, material science. Real masters of their work are engaged at all stages of the development of aircraft.

The main subdivisions of ANTONOV Company are:

– flight test and development base intended to carry out flight tests, development and certification of the aircraft as well as for training of flight and technical personnel;

– devisions of the leading specialists on the programmes.

All this complex allows embodying designers’ ideas in real aircraft. Thus, competitive production, including designs enters a market. This gives to our partners a possibility to develop and modernize their own aviation production.

We appreciate our cooperation in many partners in 76 countries and are always glad to have new possibilities for cooperation development.